When we talk about great wineries and great wines behind it there is often an important family history, traditions and then a pinch of innovation and technology, which from generation to generation allow to last over time and to change together with the needs of consumers and the market while maintaining the authenticity of the product intact.

This is exactly what we found when we met Mauro Sebaste.

A son of art, it can be said that Mauro inherited his love for the vineyard and wine from his mother Tersilla, known as Silla, an exceptional woman in many aspects. 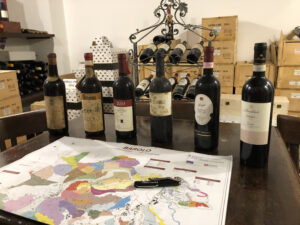 Mother, entrepreneur, winegrower and much more, as Mauro tells us with emotion, this woman of other times before anyone else understood the potential of the lands in which she grew up, bought with a lot of effort and work some of the vineyards that are still today a source of pride and a pride for the entire Langa and started producing his own wine, creating the basis for what would become a historic label.

Having passed away very soon, Silla still managed to pass on all the love and passion for this job to her son.

Due to a series of vicissitudes and corporate problems, Mauro over the years has had to give up the brand so important to him that bears his mother’s name but, without losing heart, following the example of that woman who had been so strong and courageous, he fought, started from scratch and with the help of his family he came to recreate a splendid and thriving company that bears his name: the Mauro Sebaste winery, with offices in Alba and Diano d’Alba in the heart of Langhe.

What struck us, during the visit that Mauro and his daughter Sylla offered us, was the passion they transmitted to us, combined with great professionalism: listening to them we understood how fundamental the in-depth knowledge of the production processes, the investment far-sighted on the most modern technologies, the careful study behind every decision, from the choice of wood for the barriques and tonneauxs to the continuous research on the vines, the cultivation techniques and the news of the sector.

It was an exciting and interesting tour at the same time, thanks to the mix of stories and anecdotes that Mauro witnessed and technical knowledge.

The tasting of the multiple labels also proved to be an exciting experience: we left each other on a journey that was transported to each one through the territory and its stories.

The choice of producers was to range and create more lines and more products, starting from the classics of the area such as Chardonnay, Dolcetto, Barbera d’Alba, Nebbiolo and of course Barolo, for in Monferrato where they have acquired important vineyards in the Il Nizza, also experimenting with less traditional vines such as the French Viogner and in the near future cementing itself with the new emerging reality of the Alta Langa, thus realizing Mauro’s dream. 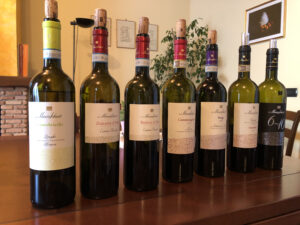 Our advice is to get to know the Mauro Sebaste winery to better appreciate this reality, but we also want to share with you some of the tastes that we have to tickle your palate even more: 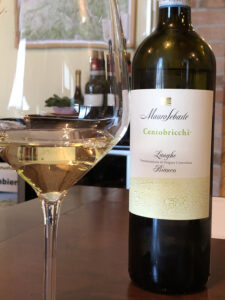 – NIZZA COSTEMONGHISIO 2017: aromatic, with hints of red fruits and cherries, enveloping and balanced, to try with a wild boar sauce or a platter of cold cuts;

– 6 TIMES 10 (100% Merlot obtained from an ancient vineyard then abandoned): special edition for Mauro’s sixtieth birthday, powerful and intense, it gives an important and certainly unique drink 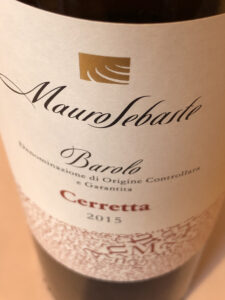 – BAROLO CERRETTA 2015: very round, rich in sweet tannins, it is after the palate and develops with every sip. Ideal with red meats or very aged cheeses.

There would be much more to tell, but we want Sylla and Mauro to do it, who with their contagious enthusiasm will be able to conquer you and give you an unforgettable day!

Here you have the direct links to their socials!

We use cookies on our website to give you the most relevant experience by remembering your preferences and repeat visits. By clicking “Accept All”, you consent to the use of ALL the cookies. However, you may visit "Cookie Settings" to provide a controlled consent.
Cookie SettingsAccept All
Manage consent

This website uses cookies to improve your experience while you navigate through the website. Out of these, the cookies that are categorized as necessary are stored on your browser as they are essential for the working of basic functionalities of the website. We also use third-party cookies that help us analyze and understand how you use this website. These cookies will be stored in your browser only with your consent. You also have the option to opt-out of these cookies. But opting out of some of these cookies may affect your browsing experience.
Necessary Sempre abilitato
Necessary cookies are absolutely essential for the website to function properly. This category only includes cookies that ensures basic functionalities and security features of the website. These cookies do not store any personal information.
Non-necessary
Any cookies that may not be particularly necessary for the website to function and is used specifically to collect user personal data via analytics, ads, other embedded contents are termed as non-necessary cookies. It is mandatory to procure user consent prior to running these cookies on your website.
ACCETTA E SALVA